Dejo el enlace a amazon, para los que quieran verlo allí: https://www.amazon.es/Fourteen-Days-Una ... telibro-21
«Whenever you feel like criticizing any one... just remember that all the people in this world haven't had the advantages that you've had.» 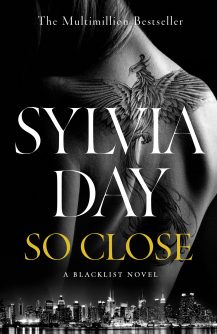 So Close
Book 1 of 2: The Blacklist Duology
Digital Audio International

From the #1 New York Times bestselling author of the Crossfire® saga comes the beginning of a twisty tale of obsession and rage, as a trinity of women protect what they covet at any cost.

You can’t believe all of them, but can you trust any of them?

Widower Kane Black is still ruinously married to his late wife, Lily. Grief has hollowed him… until he sees a woman with his wife’s inimitable beauty on the streets of Manhattan. He whisks her up to his towering penthouse, protectively under guard, nestling her in dark opulence where Lily’s memory is a possessive beguiling force.

Aliyah, Kane’s mother, deals in science. There are too many questions, too few answers, and too much at stake. “Lily” has dangerous control over Kane and there can be only one queen on the throne.

Amy, Kane’s sister-in-law, has been bloodied by deceit and betrayal, and she’s devolving into murderous rage. She’s paid too high a price and now intends to claim what she’s owed.

Three women, linked by buried secrets, circle the man who unquestioningly accepts the return of his beloved long-dead wife. Kane is happier than he’s ever been, and he’ll do anything to stay that way.

Propulsive and sly, So Close is a lushly gothic novel of domestic suspense with the emotional intensity, scorching sensuality, and complex exploration of female trauma that are the hallmarks of multimillion-copy international bestseller Sylvia Day.

Well, we didn’t talk about it because it’s no fun hearing about a book you can’t get your hands on for the foreseeable future. But the wait is finally over, and I’m excited to talk about So Close! I can answer your questions, and best of all, you can reserve your copy today.

This post is the first in a series exploring the story and characters. Why? Because I want to take you by surprise in a good way. That can only happen if you go into the read with the right expectations.

So, let’s start at the beginning.

In 2003, I wrote my first book, Ask For It (historical). From there, I moved to Catching Caroline (paranormal historical), Magic Fingers (contemporary), and Carnal Thirst (vampires in space!). I went back to historical romance with Scandalous Liaisons, then sped forward in time to In the Flesh (science fiction/futuristic). Then I wrote The Stranger I Married (historical), Pleasures of the Night (fantasy), and Razor’s Edge (contemporary). I also wrote the Marked series (urban fantasy) and continued juggling historical, contemporary, and fantasy series simultaneously. I also wrote the beginning of a young adult fantasy romance and the first few chapters of a psychological thriller.

You can glean two things from this: 1) I used to write much faster, and 2) I’ve spent twenty years switching genres regularly. I love to try new things, experiment, and challenge myself. The signatures of my writing—the characterization and wordsmithing—are immutable. Beyond that, the only thing consistent about my body of work is its inconsistency. (And that it’s all sexy!)

So Close marks another shift in genre. The Blacklist Duology is a contemporary urban gothic women’s psychological domestic suspense. Whew. That’s a mouthful.

Readers who are only familiar with my Crossfire saga may expect Blacklist to be similar. It isn’t. Although they’re both set in New York, and you’ll incidentally glimpse familiar faces, the two series are very different in structure, tone, and focus.

The Blacklist Duology has a central love story but isn’t a romance. What’s the difference? A romance is the evolution of a partnership through communication, transformation, and sacrifice. Further, romantic leads must be heroic. They may not start that way, but through that transformation I mentioned, they become the heroes of their fairytale. In a love story, the partnership is one piece of a larger puzzle, it may not evolve, and transformation and heroism aren’t required. I’m not saying Blacklist isn’t romantic because it is. It just doesn’t fit the definition of a romance. As someone who treasures the romance genre and intends to keep writing romance in the future, it’s essential to be transparent.

The primary characters in Blacklist are three women: Amy, Aliyah, and Lily. All three are struggling with Lily’s return and the ramifications. All three are survivors of different and similar traumas. How those traumas impact their viewpoints is the core of Blacklist.

Exploring character flaws is why I enjoy writing. Every one of us has facets to our character that are unpleasant and even downright ugly. In Blacklist, I let my characters be utterly human, with terrible traits, selfish dreams, and reckless ambition. Women are so often celebrated for being nurturers, mediators, and caregivers. But we’re also extremely dangerous, and I think that’s worth acknowledging and celebrating, too.

Set in present-day New York City, the Blacklist world is strange and unsettling (remember, it’s a gothic!). Secrets haunt a family whose veiled motives complicate their lives. In seeking to either fulfill those expected female roles or shed them entirely, the women of Blacklist use whatever means necessary, and those machinations lead to a crisis point.

So Close and Too Far are meant to be read more than once. You won’t catch all the signs on the first read. It may take several re-reads to pick up on all of them. If you have a reading buddy or book club, you’ll want to read it together, so you have someone with whom to exchange theories. (And join my message board and Facebook group!)

If you’re a reader who likes to absorb every word, dissect every sentence for clues, and speculate on the possibilities, this series will hit that sweet spot. And yes, Kane is hot, and his love for Lily is deeply passionate.

Throughout this series of Author Notes, I’ll introduce you to the characters and discuss some of the early chapters. This will be an interactive process and lots of fun! Keep an eye here on the Blacklist Blog for future posts, and remember…

You can’t believe all of them.

N.B. Hay dos portadas diferentes una para EEUU y otra UK.
«Whenever you feel like criticizing any one... just remember that all the people in this world haven't had the advantages that you've had.» 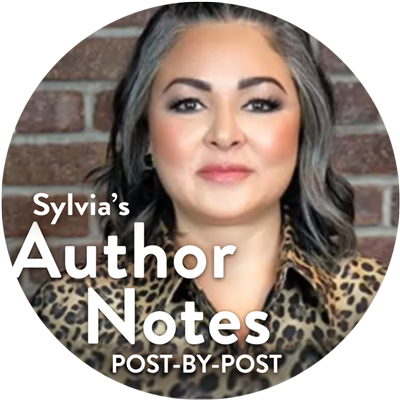 «Whenever you feel like criticizing any one... just remember that all the people in this world haven't had the advantages that you've had.»